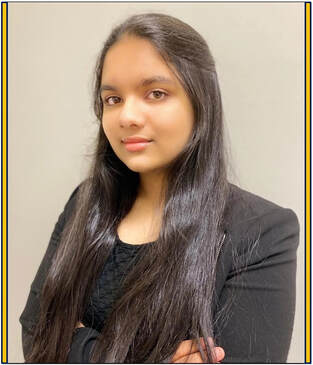 ​Aditi is a Morehead-Cain scholarship recipient and a freshman at the Honors College at the University of North Carolina, Chapel Hill. She has demonstrated excellence and leadership in diverse disciplines such as Public Speaking, Debate, Math, and Music to name a few. She has won several debate tournaments including becoming the North Carolina State Champion in 2018. In High School, Aditi was the President of the Mock Trial team and a Captain of the Speech and Debate team. She was the President of the National Junior Honor Society in middle school and was recognized as a "Girls Who Code" (GWC) Ambassador for starting the first GWC Chapter in the state of North Carolina.

Aditi is a 2nd-Degree Black Belt in Tae Kwon Do. She attended the North Carolina Governor’s School choral music program in 2021. She has been selected as a 2022 Youth Service America Everyday Young Hero and has received the 2021 National Liberty Museum Young Heroes award for excellence in service and leadership. 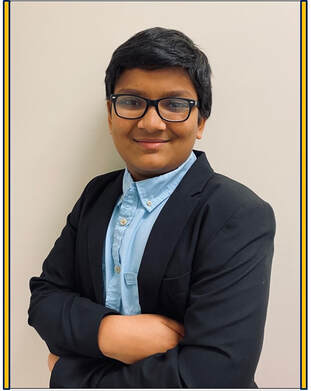 Anirudh is passionate about working for the betterment of the community. He conducts weekly Online Math lessons, Math Camps and Math Competitions for students in elementary and middle schools. All funds raised through his classes are used for charitable causes. Anirudh has been selected as a 2022 Youth Service America Everyday Young Hero and also received the 2021 Youth Excellence In Service Award from Canopy Housing Foundation. He is also a two time President's Volunteer Service Award - Gold winner

Anirudh was the President of Student Council in elementary school. He also loves to work behind the camera and became the state champion for the PTA Reflections competition for Photography in 2020. He holds a 2nd Degree Black Belt in Taekwondo and has been playing guitar for over seven years.
Let's get in touch!
© Xcelerate NC is a 501(c)(3) nonprofit organization